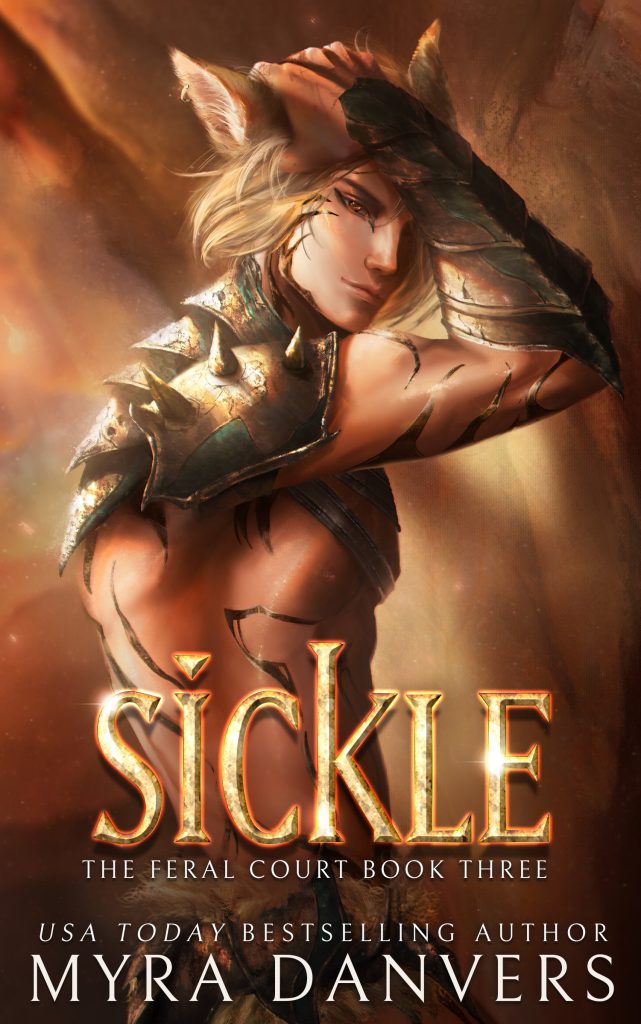 Part of the The Feral Court series:

A rare Omega male, he's lost everything to the king of the beyond. To Giaus, that hated feral mutant, infected with the Trax virus. A colossus who stole everything that might have saved their ragged pack. Their sweet and wild Renegade, the queen Sickle would have died to defend was now utterly corrupted by her mate.

Sickle had watched them all fall to the king who shouldn't be. His brothers lost where he could not follow without accepting certain death. So he'd fled, but not before setting a horde of the hopeless lost on his former brothers. A walking plague to grant them a merciful death when he'd been too weak to do so himself. Too... Omega to grant a peaceful end to the queen he might have loved.

Heart sick, tattooed cheeks wet with tears, Sickle is alone. For the first time, his life is in his own hands.

But to one of his kind? Born to endure, created to serve, everything means nothing at all when suffering has been the only true companion he's ever known.

Sickle will rise from the shadows. Transformed. Flanked by dragons.

But he is not the only one who will know what it is to change...