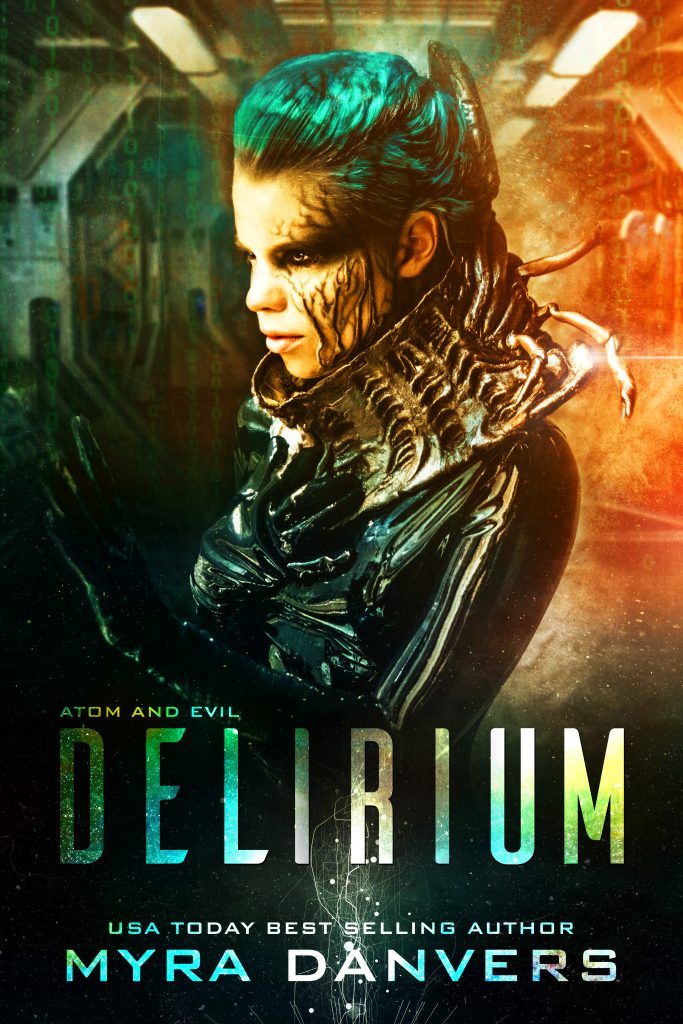 Part of the Atom and Evil series:

Living on the fringe of deep space, Iris is nothing like the woman she was Before.

She’s broken. A shadow. Running from a shady past filled with trauma and unspeakable pain, she’s lost and trying not to be found. Numbing her anguish with boredom and opium.

Because she knows he’s coming.

The enemy she used to love.

Fifteen years wasn’t nearly long enough to dull the ache of what they lost. Scars branded too deep, wounds that never healed.

They say pain is temporary, that it leads to personal growth. But Iris is a creature remade in blistering agony. Forged by a drive to wreak havoc. He should have known better than to abduct and blackmail her.

She will claim vengeance, or die trying.

There are no heroes here. Only a pipe full of the good stuff and villains fighting over scraps.

“Delirium is Danvers at her best. A technical masterpiece of dark humor and organized destruction, I couldn’t stop turning the pages!”